Panasonic has finally launched the Lumix GH6, flagship mirrorless micro 4/3 with which it wants to continue the tradition of success in the field of videomaking. The heavy legacy of the GH5 was taken over by one truly extraordinary camera in some respectswhich focuses many of its cards on the new Venus Engine processor, capable of supporting new features and recording standards.

In this piece, however, I do not want to go back to talking about the very long list of technical specifications of the GH6, so I refer you to our presentation article, here I will limit myself to telling you about my, albeit brief, experience with the camera in Barcelona, ​​during the days of the Mobile World Congress 2022.

I have been used for years to the Panasonic micro 4/3 world: GH3, GH4, GH5, G9, G7, G80, I have tried many and I can tell you with great transparency that with the GH6 one of the great pluses of the format is lost a bit. reduced and more generally than mirrorless: great portability.

It is slightly larger and heavier than the previous generation, but they are those numbers that touch the limit of what for me is the portability of these tools. A busy day of work will become challenging even when working freehand. Clearly we are a long way from an S1H, but there we enter a different field of use and need.

I realize, however, that this is a subjective evaluation, also because the GH6 is justified by a superfine build qualitytropicalized body (which does not suffer even from jets of water) and ergonomics designed in detail to be effective.

Among the aspects that I liked the most is the new screen tilt systemon the other hand super bright, which can be used immediately for shooting from below with image display aligned with that of the sensor (a detail that is fundamental for me), it is well built and never gives the idea of ​​something that may not last over time .

Having been used to the G9 for some time, I found the rubber shape around the viewfinder a little too minimal, so much so that I often found myself with annoying light reflections coming in from the side. 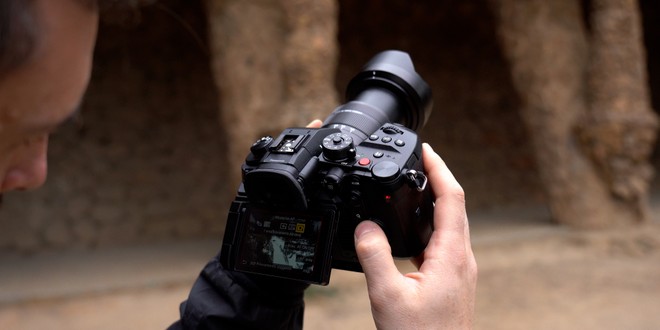 Trying the GH6 you immediately realize the amazing work that has been done on stabilization7,5 stops of compensation already only with the IBIS, to which is added the further damping of the vibrations for the stabilized optics.

In fact, this Panasonic can really be used freehand for many camera movements, as well as clearly to shoot subjects in a static way. It is a perfect camera for “assault” videomakers, very fast from the switch on to the REC. But I imagine in a wedding, or in a fair in our case, how much work can be done by traveling very light. 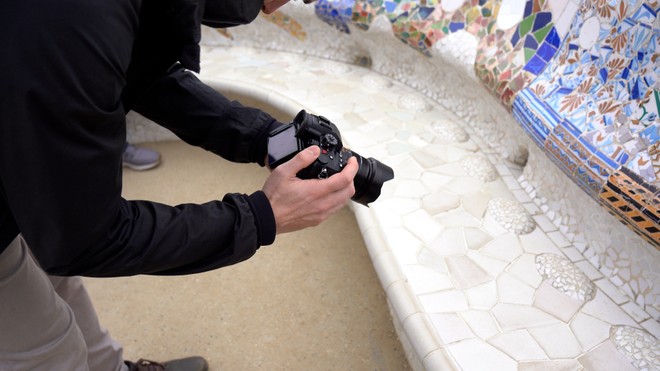 Instead, a system of autofocus still stopped at the contrast, “time not yet ripe for phase detection” say at Panasonic. The truth is that if the GH6 had had a superior AF it would have beaten the competition, really troubling many full frames, but no, we are stuck to the usual defects of the GH5 and above all to the usual unreliability that risks betraying you right on the most beautiful side.

It must be said that themassive use of AI and the new processor have greatly improved subject trackingespecially of the human figure, however, the hunting effect in continuous AF is still present, albeit to a lesser extent, especially with AF on objects or figures at the edges of the scene and it is noticeable in particular with slightly pushed telephoto lenses.

In the past I tried the GH5 II for a few days and the impression with the new flagship is basically the same as that model, but with better precision in the passages, without that ugly bounce to see. Unfortunately I didn’t have a GH5 II available for direct comparison with the same lens, but I had the feeling that the GH6 at 25 or 30 fps, behaved like the GH5 II while recording at 50 or 60 fps.

I also add that the GH6 has a series of items in the menu dedicated to AF with which you should “tinker” to find the right setup, a consideration that is probably paired with a very different behavior based on the optics chosen. In short, we should try for longer and in different conditions, but anyway, in the future we will try to have the cam in the studio for a suitable period. 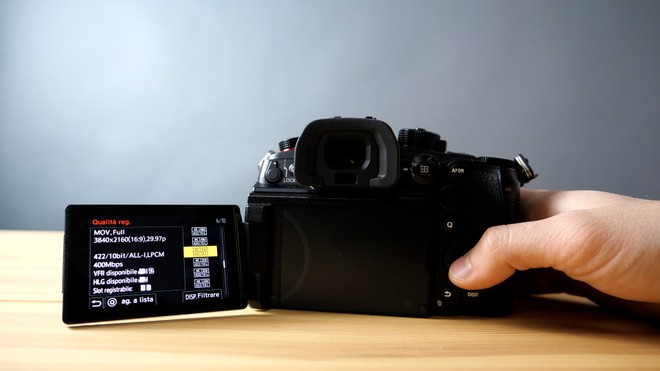 I believe that versatility is absolutely the true figure with which to evaluate the GH6. Because it is true that the image quality is there, it is true that the stabilization is portentous, it is also true that the autofocus has not been improved as much as I would have liked, but the real killer feature of this mirrorless is its chameleon vocation.

In Panasonic I believe they wanted to do just that, to provide the user with an extremely complete tool to be able to face with serenity any type of situation, any type of project, any level of complexity and request, perhaps with the exception of those in which the he reliability of the autofocus is essential. 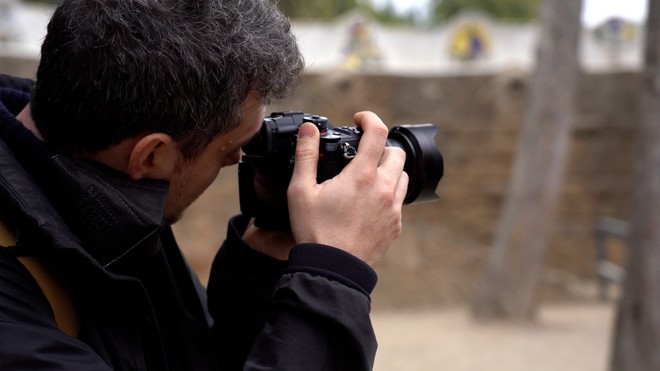 The ingredients are different, first of all thecountless amount of settings for video recording, ranging from the internal ProRes 4: 2: 2 in 6K to 4K 120p 4: 2: 0 at 10 bit, to go down to FullHD 240p for very high quality slow motion. Then there is also the 4-channel audio control, the ability to record to SSD, pre-installed V-Log, LUT preview in real time, simultaneous output on HDMI in 4K 4: 2: 2 60p at 10 bit, video output RAW in C4K 120p on ATOMOS Ninja V + (with update).

To the brutal technical specifications are added a lot of settings to customize the user experienceincluding the many programmable keys, but also software assistants, various configurations for autofocus, fine image control, many operating utilities.

Finally aincredible reliability in terms of speed of execution, stability, no overheating and no software or hardware recording limits. Here, just for the fact that the GH6 can remain under the sun in the summer recording without limits, it is a more unique than rare luxury compared to the main Japanese competitors. 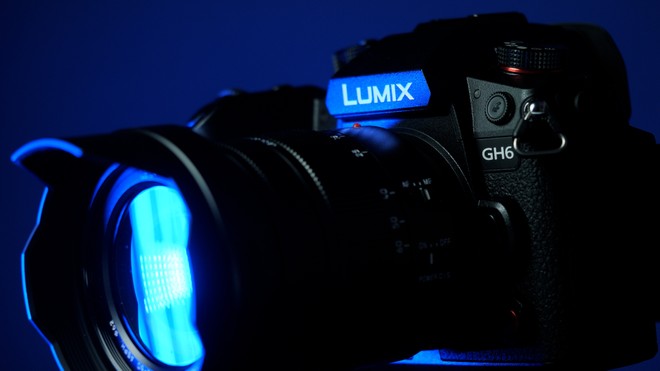 My conclusion can only be partial, trying the Panasonic GH6 for not even 10 days (with a fair in between) cannot be enough. For example, I could not understand much of the potential in low light and the various tricks (such as double exposure) that Panasonic has inserted.

About the quality of the images the new sensor retains the color science of the GH5so much so that the two cams could very well be used in the same project (beyond the V-LOG), there seems to be even more cleanliness and sharpness, too much at times, so much so that I felt the need to go and slightly soften the image also on the “natural” profile.

The micro 4/3 clearly has very specific characteristics compared to the full frame, it can be inferior if we only look at the raw image quality, but better in many other aspects, moreover we must keep in mind the boundless optical park and further expanded by the various Metabones adapters.

I think, but this is a very personal opinion, that a good micro 4/3, together with the adequate camera body (like that of the GH6, in fact) and the right lens, can easily live up to a project built on full frame, but here we go to personal preferences and habits.

The goal is the price, 2199 Euro list. There are many, but they are few if we take into consideration the complete package, what a camera like the GH6 can represent for a small professional as the only work tool and how much instead one should invest to obtain a product of the same level with a full frame sensor. product that Panasonic exists and is called Lumix S1H, 3999 Euro.