The topic of renewable energy is more current than ever and will be even more so in the coming years, especially if the global geopolitical situation continues to follow the current drift, so the project of the startup Quaise Energy could be a breath of fresh air and a solution capable of solving part of an age-old problem that affects the whole planet.

The argument is not new, we talk about geothermal energy, that is the ability to generate electricity and heat by exploiting the underground energy of our planet, but the Quaise Energy project aims to improve the technologies currently used and bring them to a new efficiency level. The company was born in 2020 and with the first round of funding has already raised about 63 million dollars. The goal is simple but bold at the same time: Quaise Energy believes it can dig at record depths, we are talking about 20 km, to generate unlimited electricity in every place on Earth.

The idea is to use a new approach based on conventional and other innovative drilling methods, such as the use of a gyrotron, a fundamental component also in nuclear fusion tests carried out for energy purposes.

RECORD DEPTHS WILL BE REACHED

Until now, geothermal energy production has taken a back seat compared to solar and wind power, and even for the largest producer of this type of energy, the United States, it represents only 0.4% of its total net electricity production. . The most technologically current plants are built in areas where the hottest rocks are relatively close to the surface, such as tectonically active fault lines, and in general we have never been able to dig beyond 12 km.

Curiosity: the deepest hole dug vertically by man is called Kola Superdeep Borehole and reaches a depth of 12,262 meters. The initial goal was to reach 14,500 meters, but the high temperatures put the system in crisis and forced the engineers to give up going further. Between various difficulties and bureaucratic problems, it took 20 years to reach this depth.

Quaise Energy believes that geothermal energy deserves more attention as it could be the answer to the growing needs of many countries, therefore it has decided to develop a method that will allow us to reach record depths, we are talking about 20 km, thus igniting in any place. on Earth to the hottest underground layers.

This is not a simple operation and to do so Quaise intends to experiment with the use of a technology developed by MIT and based on vacuum tubes known as gyrotrons. These are capable of generating high power millimeter waves when powered by electrons in a strong magnetic field. Gyrotrons are used to heat plasma in nuclear fusion experiments and promise to bring excavation to depths never experienced before.

At these depths the rock reaches about 500 degrees C and the water pumped into this hellish environment would instantly vaporize as vapor which could be efficiently converted into electricity.

UNLIMITED ENERGY FOR ALL 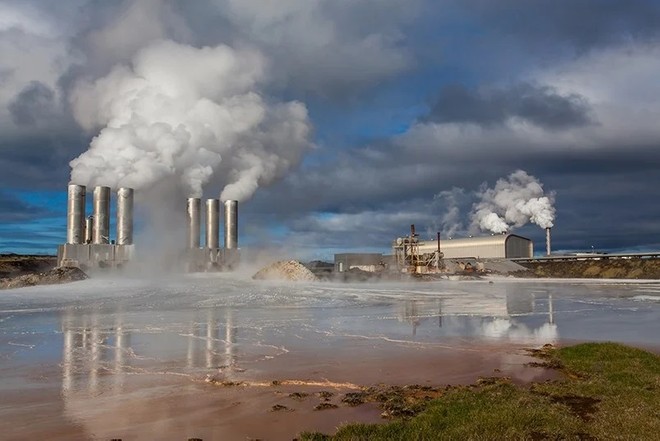 Quaise Energy firmly believes in the project and believes it can reach the first prototypes within a couple of years. But the project is even more ambitious than expected and aims at retrofitting some old coal-fired power plants transforming them into plants powered by geothermally generated steam. The company says the only problem would be the initial timing, as drilling 20 km deep could take several months, but once the initial hurdle is overcome, each single installation could provide unlimited energy for at least a century.

This form of renewable energy has always remained under-exploited and it is estimated that even with current technologies, around 8.3% of electricity could be generated globally, supplying around 17% of the world’s population. Some nations would already have a potentially suitable subsoil to generate enough electricity for self-sufficiency, yet this path has not been followed to date.

Quaise Energy’s goal is to make geothermal energy equally imported, or even superior to solar energy in the future, and to combine it with these solutions and nuclear fusion. However, the latter is still far from becoming a reality and despite the excellent results achieved in recent years by Tokamak systems, it could take at least a decade or more to become usable.