Software development plays an increasingly important role in new cars, so much so that today we talk more and more often about computers on 4 wheels. For its electric, Volkswagen has created a new software platform which, now, is about to take a further step forward with the arrival of release ID. Software 3.0. New version that will already be installed on the new production cars of the ID family. For cars already on the road, it will come through a OTA update during the second quarter of 2022. Obviously, the update will be distributed free of charge. Let’s see, now, the main news coming. 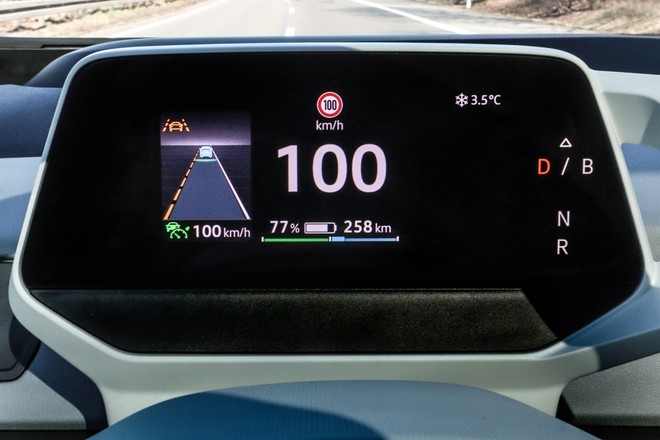 The new version of the Volkswagen electric software introduces several innovations designed both to improve the driving experience and to optimize charging. Let’s start with the improvements made on the energy supply front. The novelty, however, concerns only the cars equipped with a 77 kWh accumulator (usable).

Following the update, in direct current it will be possible to reach one peak charging power of 135 kW against the current 125 kW. In addition, improvements to the accumulator’s thermal management make driving even more efficient and can increase range, especially in the cold season. The new one also arrives Battery Care mode which limits the charge level to 80%. This is a function designed to extend the life of the accumulator. The update has improved the e-route planner system both at the interface level and in the calculation of routes and stops. It is a system that plans the quickest route to your destination, including stops for charging.

The new software also improves the support for car voice commands. Now, the car will be able to more easily understand the voice commands given by the occupants. Thanks to the microphones in the passenger compartment, the system is able to understand whether the driver or the front passenger is speaking. Voice commands are available on all models of the ID range as long as the We Connect Plus service is activated.

The improvements touch also the Head-up Display, if any, which will now provide more information. Furthermore, on the digital screen of the instrumentation (ID. Cockpit), in addition to the remaining distance, the percentage of battery charge is also indicated. The update also improves the functions related to the navigator. The new software also introduces innovations at the level of ADAS systems. For example, the Travel Assist system with traffic data (optional) actively supports lane change when driving on the motorway at a speed above 90 km / h.

If traffic data is available, Travel Assist maintains the lane even just by referring to a recognized carriageway boundary, for example along country roads with no road markings.